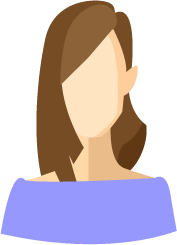 I've experienced several periods of depression throughout my adult life, and while prescription drugs have proved helpful, I've been keen to explore drug-free ways to manage and treat my depression. I started this blog to share my personal experience battling this illness and the alternative treatment options I've tried, including dietary supplements, talking therapies, meditation, relaxation exercises, massage and acupuncture. I also post about current research on the effectiveness of holistic therapies at treating depression, and the blog contains guest posts written by others with depression who have tried drug-free treatments. I hope you find the information on this blog useful.

Unlike diaphragms, condoms are effective at preventing STIs and STDs from spreading. However, this isn't a concern that is likely to be as important once you've found a long-term partner and both of you have been tested.

When you know you're both clean, you can have sex and be free from any fears of disease or infection; of course, there are still unplanned pregnancies to consider. Diaphragms can protect against fertilisation too, and they hold a number of benefits over condoms, especially if you're only sleeping with one committed partner.

Your partner just took you out on an awesome date, now you're back at home and things are getting hot and heavy. If you rely on condoms, the mood is going to be slightly broken by having to fish one out, remove it from its packaging, and then put it on the penis. However, a diaphragm can be inserted a couple of hours before intercourse, so you can be ready to go before things start heating up. This doesn't just help things flow better – it can also prevent you getting carried away in the moment to the extent that you skip birth control altogether.

Condoms must have stopped millions of unplanned pregnancies and prevented huge numbers of people from contracting STDs and STIs, but few people actually enjoy wearing them. Even after the troublesome business of putting them on has taken place, it's common for both men and women to prefer the real thing. When you wear a diaphragm, you'll be protected from unplanned pregnancies, but without that awkward latex barrier in the way.

Most people don't have one-night stands every day; if you're not having sex with a regular partner, the cost of condoms isn't likely to prove prohibitive. However, you'll probably find yourself having sex on a more regular basis if you're actually in a more committed relationship. When you're having sex often, the cost of condoms can get a little bit much. Diaphragms are reusable for at least a few years, so their higher initial cost should eventually pay for itself.

4. Diaphragms Can Be Just as (or More) Effective

You might be worried that diaphragms are less effective than condoms; after all, your partner will still be ejaculating inside you, so couldn't some sperm get through? Well, neither condoms or diaphragms are infallible, but experts actually predict that the latter can be better. Diaphragms have been rated as 98% effective during perfect use and 88% effective during typical use; condoms score the same 98% rating during perfect use, but just 82% during typical use.